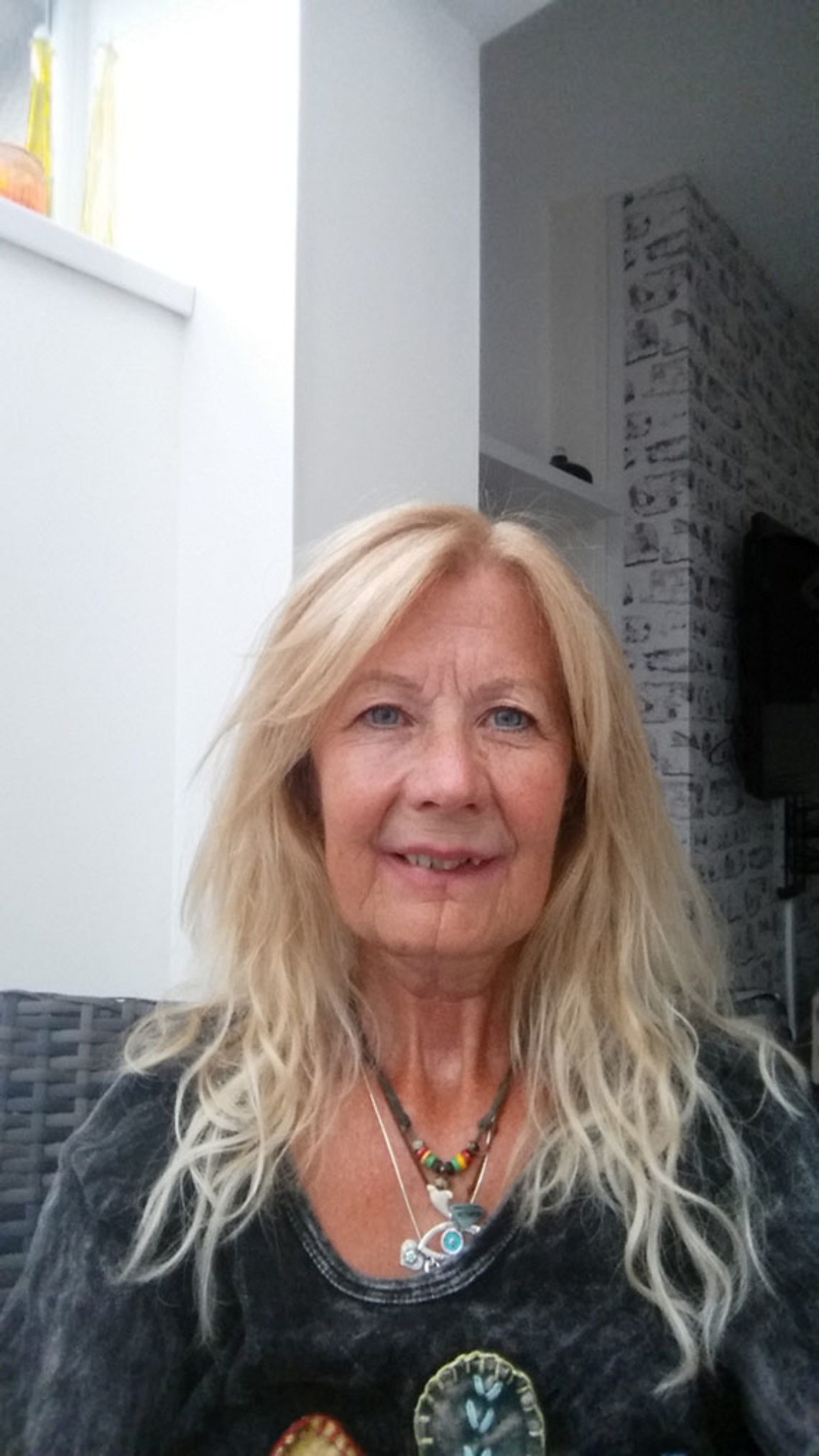 Five years ago, I was a fit, healthy and retired 56-year-old woman who never smoked and only occasionally drank. I was into fitness, so I never thought I would be diagnosed with an illness that changed my life forever.

For 30 years, I suffered from painful ulcers on my tongue and have had them checked regularly at the UHW Dental Hospital in Cardiff. That’s why in 2011, after previously being discharged from hospital when I got my next ulcer, I was not overly concerned. Even when a small lump appeared on my tongue I still waited a couple of months before making an appointment with my GP, and then swiftly was sent for a biopsy of the lump on my tongue. Taking this long to see my doctor is still something I regret to this day. In November 2012 I received my biopsy results and was diagnosed with a tumour on the tongue and in the lymph glands on both sides of my neck. I soon found out that saving my tongue was not an option. The tumour had spread to the back of my tongue and 80% was to be removed along with the lymph glands in my neck. The only saving grace was that the cancer had not reached my voice box, so if all went to plan I could keep my voice.

I remained optimistic after the initial shock of my diagnosis; I was given more information about the surgery and the flap that I was going to receive to replace my tongue. I initially thought the tongue replacement would act similar to my own tongue, and this attitude probably helped me get through the next few months. However, I soon realised the flap was fixed in place and was simply there to fill the space where my tongue had been. I would not be able to move it, other than small muscle movements at the back where the remaining 20% of my tongue was.

My first operation was just a month after my initial diagnosis in December 2012, and it successfully removed all the cancer! However, my replacement tongue failed because the blood supplying the blood vessels was too weak – so a week later it was removed. The following week I had my second surgery for a replacement flap, which thankfully was a success. Skin had been taken from my thighs to make the flaps, as my arms were too thin, so at least I have matching scars from my knees to thighs on both legs!

A few days before my surgery I was fitted with a feeding peg, which I used to take in food and liquid. These extra days allowed me to get used to cleaning it and sleeping with it, which helped me a lot post-surgery. After my surgery I was fed and hydrated through this peg for three weeks, until the long awaited day when I was able to sip a glass of water and have a cup of tea. It was absolute bliss!

After recovering from surgery, I started my course of chemotherapy and radiotherapy in January 2013. Over six weeks I received a total of 30 rounds of radiotherapy and two doses of chemotherapy. These six weeks were probably the worst for me. The chemotherapy made me very sick. My weight became an issue and it dropped to as low as just over seven stone, but slowly I managed to put on a few pounds to appease the nursing staff at Velindre (heavy car keys in my pocket helped!).

My family and social life were obviously affected after all the treatments had finished. For some time after my treatment I avoided going out if people were having a meal, as I felt uncomfortable around food, but with the help of family and friends I slowly overcame this. My speech has probably caused me the most stress as communication is sometimes difficult in certain situations, especially on the phone. However, I'm slowly coming to terms with it, and my brain is getting quicker at producing alternative words so I can be understood. My social life in regards to my hobbies has changed dramatically. I used to love anything connected to fitness: circuit training, spin, swim, pilates! But these days a walk with our dog gives me just as much pleasure.

I’ve found the physical changes to my face as a result from head and neck cancer quite shocking. My scars are visible and ‘in your face’, but over time the swelling settles down; the body adapts and begins to heal. I learned to speak again, to eat and drink safely. My taste and sense of smell slowly returned, and I began to laugh and smile again, even if a little crooked. I even began to sing along to the oldies on the radio (very badly indeed), but little by little I began to enjoy life again. My wonderful family and friends still help me through the darker days when tears of frustration and sadness get the better of me, and there's still the reassurance and support I get from the incredible head and neck team who have helped enormously with my recovery and peace of mind.