As I share this story, it has been four years since my reconstructive surgery—which I think was a great success! 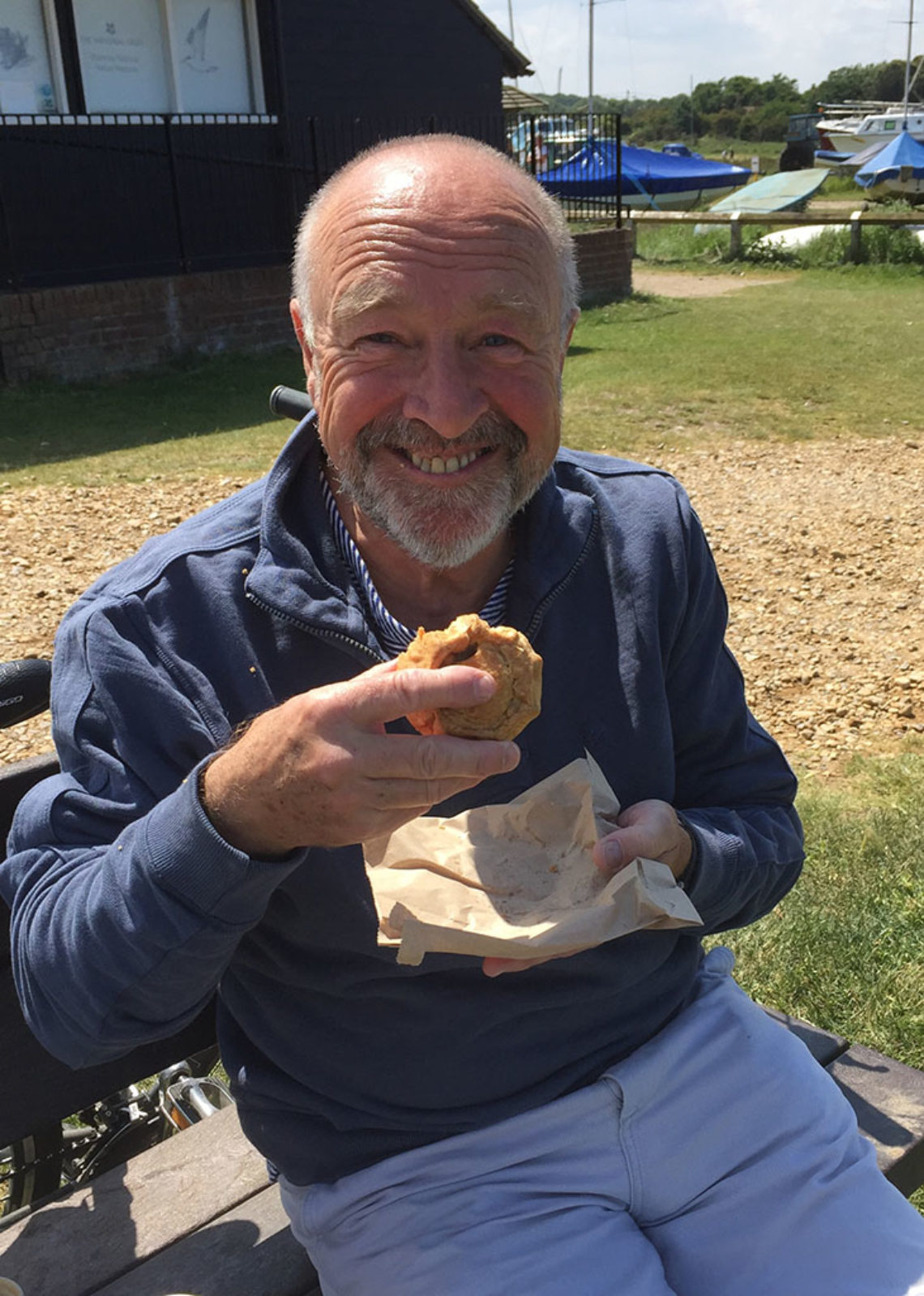 It was just a routine six-month check-up at my dentist when I was first told there was a lump on the roof of my mouth. I was told that is was "probably a cyst", and was referred to my local hospital where a similar diagnosis was made. However, to be on the safe side, I was scheduled for a biopsy of my left jaw. The results of my biopsy didn’t show signs of cancer, rather just that I would need a minor operation to remove the cyst. The operation went well, and was followed-up with an appointment by the usual audience of seven doctors and nurses. It was at this appointment that I was first told I had a mucoepidermoid carcinoma, or a carcinoma in my salivary gland. In front of those seven doctors and nurses, I tried to maintain my composure of this life changing diagnosis—it was all very surreal.

I needed surgery, and was told I would have half of my maxilla (upper jaw) removed; therefore, half of the roof of my mouth. I really wanted to speak to someone who had had a similar operation; however, no one suitable could be found. I went to the clinical nurse specialist for some information on what to expect. I felt as if she had limited knowledge about head and neck cancer; I still didn’t have much idea of what to expect.

After my partial maxillectomy operation, I was surprised to feel relatively normal; however, I soon became aware of this large, heavy, foreign body in my mouth. During my surgery, an obturator was inserted to restore the physical separation between my oral and nasal cavities; it was to be in place for five years. I was given little help to understand how to deal with this completely new experience, including oral hygiene and drinking. Not knowing how to handle these new experiences was very difficult and caused a great deal of stress.

Looking at the obturator as a necessary evil, I realised I couldn’t talk or eat without it, and cosmetically it made me look ‘normal’. Nevertheless, I felt like "damaged goods" internally. I was rarely unaware of its presence; it was heavy, uncomfortable and sometimes painful. Eating and drinking was difficult as the food/liquid would come up into my nose. To make matters worse, the necessary clips around my remaining molars, to support the obturator, felt as if I was eating with a mouthful of paper clips. I'd always enjoyed the pleasure of eating and drinking and saw it as a primary human satisfaction, one which had now been taken away from me.

Before my reconstructive surgery, pre-operational assessments showed some complications. An angiogram showed I had a congenital abnormality—I only have two, rather than three, arteries in my lower leg—making the use of my tibia as a donor site impossible. I was concerned that this changed my chance; however, my arm was used instead! Despite the risks, I was happy to proceed and hoped for the best.

As I share this story, it has been four years since my reconstructive surgery—which I think was a great success! After the initial, and inevitable, discomfort, I soon began to enjoy the pleasure of eating and drinking again. Within just a few weeks, I was even able to host a large family get together where good food, drink and company was enjoyed. More importantly, on a day-to-day basis, I can eat a meal, have a wide choice of what to eat and not feel embarrassment or difficulty. What’s more, importantly, my old voice is back! I could speak with my obturator, but it just wasn't me, and since my reconstruction I'm told I sound like the old me again.